‘Tis the season for tradition

Every family has their own traditions at Christmas time.  Some traditions we inherit from our parents, traditions undoubtedly passed down from many generations. Other traditions we create ourselves and incorporate into our holiday festivities year after year.  In my family every Christmas eve we enjoy a glass (or two or three) of mulled wine. 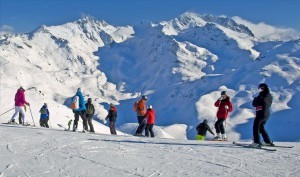 I first tried mulled wine many years back on a ski vacation in France over the Christmas holidays – before I even had a family of my own.  Every late afternoon, after a long day of skiing in the French Alps, a group of us met back in the chalet for a glass of what they called “vin chaud”.   The sweet and spicy wine relaxed our taught muscles as we reviewed the highlights of a day on the slopes.

Since that trip to France, every year I have been making my own version of hot, mulled wine.  I always make sure I have a couple bottles of En Primeur Amarone Style on hand.  Some people may choose to use a less bold wine for their mulled wine, but I believe the richness of the Amarone, with its nose of black cherries and dark chocolate and dark fruit flavours on the palate, make my Christmas tradition all the more special. 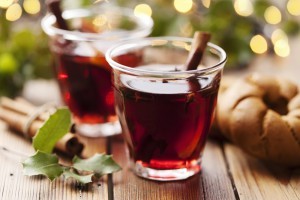 Mulled wine has long been a favourite Christmas beverage throughout many countries in Europe.  In German speaking countries it is called Glühwein (roughly translates to “glow wine”).  The Germans like to add a shot of spirits to their Glühwein  – most often rum. In Nordic countries mulled wine is called Glögg (or something similar) and at Christmas it is often served with gingerbread.  And, is it any surprise that in Portugal they like to make their hot wine (vinho quente) with Port?

I have tried many mulled wine recipes from around the world.  But the one I always come back to – with a splash of Cognac – is from France.  There is something about the sweet but subtle spice that never fails to remind me of blissful days on the slopes of Mont Blanc.

How to make vin chaud: 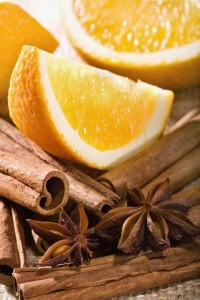 In a large saucepan, mix all the ingredients together. Using the lowest heat setting on the stove top, bring the mixture to just under a simmer until the sugar has dissolved. Do not allow the wine to boil. Strain the spices from the wine by pouring it through a fine-mesh sieve.  I like to reserve the cinnamon sticks to serve with the wine in the glass. Serve in a heat proof glass or mug.  Serves 4.