Certain flavours, when combined together, complement each other perfectly. Chocolate and cherries. Apples and cinnamon. Honey and almonds.  A less well known, but extraordinarily delicious flavour combination is vanilla and figs.  Figs bring ripe fruit and honey flavours to the blend, whereas vanilla contributes sweet and spicy floral notes.  This heavenly flavour-fusion was the inspiration behind creating a dessert wine that craft winemakers would be proud to have as part of their celebrations this holiday season: Cru Specialty Vanilla Fig Dessert Wine.

Vanilla is an obvious flavour choice for a dessert wine since vanilla is often considered to be the world’s favourite flavour and aroma. How is it that despite its popularity, we often use the word ‘vanilla’ to describe something that is plain and simple?  Associating vanilla with ordinary is like calling “Dom Perignon”, “Baby Duck”.  Vanilla is in fact a nuanced and complex flavour. 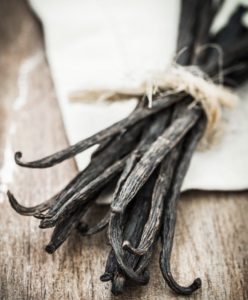 Vanilla is the edible fruit from one of two varieties of orchids: Vanilla planifolia or Vanilla tahitensis. The Vanilla orchid is native to Mexico and was originally cultivated by the Totonic people and then brought to Europe by the Spanish conquistador, Cortes in the 1520s.

At harvest, Vanilla pods, also called vanilla beans, actually have little flavour. They require a five-month, labour-intensive, fermentation and curing process in order to develop the sweet, fruity, floral, warm and spicy flavour of true vanilla. Because of the arduous process to grow and process vanilla, it remains one of the most expensive spices in existence.

Figs, on the other hand, are not as common in the North American pantry, but they are well loved in many other parts of the world. Figs were one of the first plants to be cultivated by humans and were used to sweeten dishes long before sugarcane was widely available.  In fact, wild fig trees first grew in Africa, Asia and around the Mediterranean Sea beginning about one-hundred-million years ago, during the time of the dinosaurs. 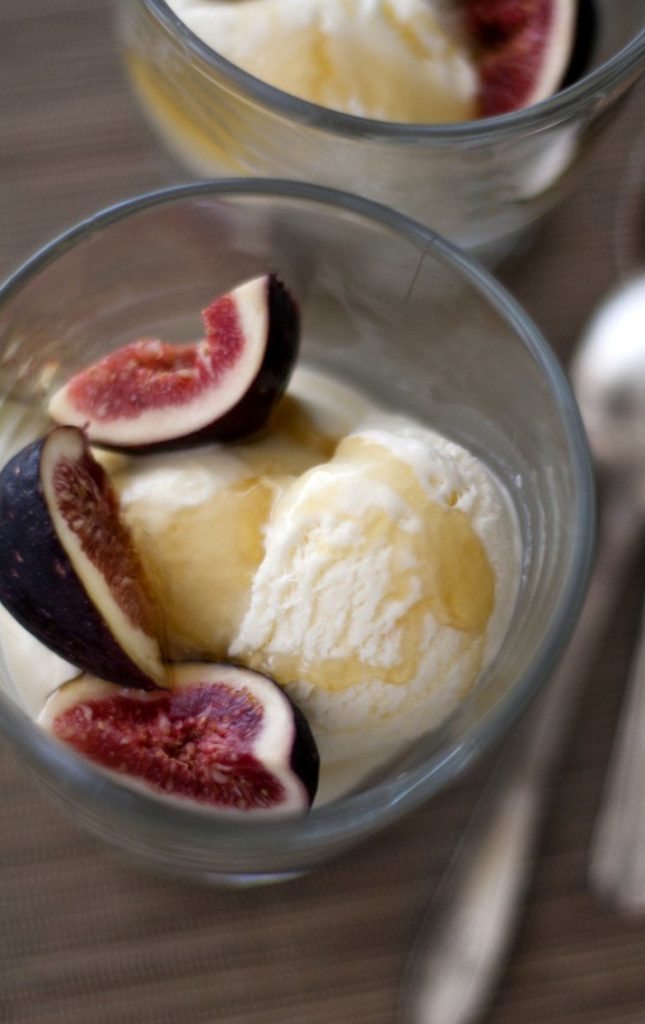 Figs are a species of flowering plants in the mulberry family. While Turkey is still the leading producer of figs, they are also grown in North America. Figs were first introduced to California by Spanish missionaries in the 1769, where they have been cultivated ever since. Fig trees produce two crops in a year, but the seasons are short and figs will not ripen further once picked.   So, when you see fresh figs available in the produce section, be sure to buy them, as you might not see them again for a while.

A simple, yet tasty way to enjoy the flavours of figs and vanilla is to serve grilled fresh figs, drizzled with honey, alongside vanilla ice cream. Of course, this simple dessert will taste even more divine when accompanied by a glass of Cru Specialty Vanilla Fig Dessert wine!  And when fig season is over, simply sip on your Vanilla Fig dessert wine for a taste of this delicious flavour combination during the holidays, and all year long.

3 thoughts on “Vanilla and Fig – A divinely inspired flavour combination”