Craft winemakers are all too aware that winemaking can be a fickle art. When everything goes well, the end result is magical: a few simple ingredients are turned into liquid bliss.  But, every once in a while, even the most seasoned winemaker can have a batch that goes, as they say, “sideways”. One of the most common problems occasionally encountered by new and seasoned craft winemakers is called volatile acidity – or simply VA.  You know you have a VA problem when your wine loses its fruit flavours and starts to taste more like vinegar and smell more like nail polish remover than wine. For amateur winemakers, VA is probably the most commonly encountered, and most feared, wine fault. 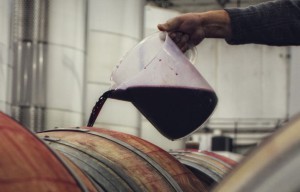 Craft winemakers can find solace knowing that even great vintners sometimes lose control of their wine. In fact, VA was fairly common in many commercial wines of the past. It was considered to be part of what gave the wine character and flavour, and only the most sophisticated oenophiles could detect its presence. At low levels, VA occurs as part of the natural fermentation process and isn’t even unpleasant. But, at high levels, the wine can quickly turn from being described as having “character” to becoming “plonk”.

VA is a measure of the total concentration of ‘volatile acids’ in wine. While several of the acids found in wine are volatile (unstable), the most serious one is acetic acid which accounts for over 95% of any VA measurement. Acetic acid occurs in craft wine as a by-product of yeast and bacteria metabolism. A wine with high levels of VA tastes like vinegar because acetic acid also happens to be the acid found in everyday salad dressing.  High VA can also cause ethyl acetate to develop in the wine – and this is the chemical compound that smells like nail polish remover. 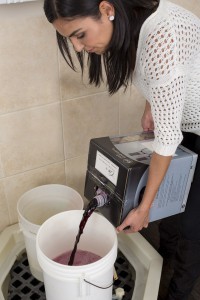 One of the most common causes of high VA in wine is contamination of juice or wine with acetic or lactic acid bacteria. And how does the sneaky bacteria get into the wine? The catch is that it can come from anywhere, but the most likely source is from your winemaking equipment.  Since they are not visible to the eye, even the cleanest looking equipment can harbour bacteria.  For example, if you have a chip in your glass carboy or a scratch in your fermentation bucket, bacteria can get in and create a haven for these nasty microbes.

Once the microbes are present, they still require certain conditions before they trigger the creation of VA.  Microbes prefer warm temperatures and like lots of air.  Volatile acidity could develop as early as during primary fermentation right through to bottling. In fact, every time you open the bung there is potential for both microbes and air to get into the wine and start making the wrong kinds of acid.

Here are my top winemaking tips for preventing high VA in wine: 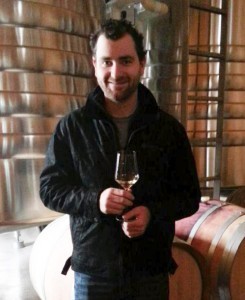 Chris Holman has been making wine professionally since 2006, which has led him to work in regions such as the Niagara Peninsula, Okanagan Valley, McLaren Vale South Australia, and Tasmania.  Chris earned a 2 year diploma at Niagara College in Winemaking and Viticulture in 2008 and more recently he received a 4 year B.Sc degree majoring in Oenology and Viticulture at Brock University in 2015. His academic achievements in addition to his technical winemaking experience will allow him to provide our customers with excellent technical support and new ideas, helping them continue to make excellent wines.