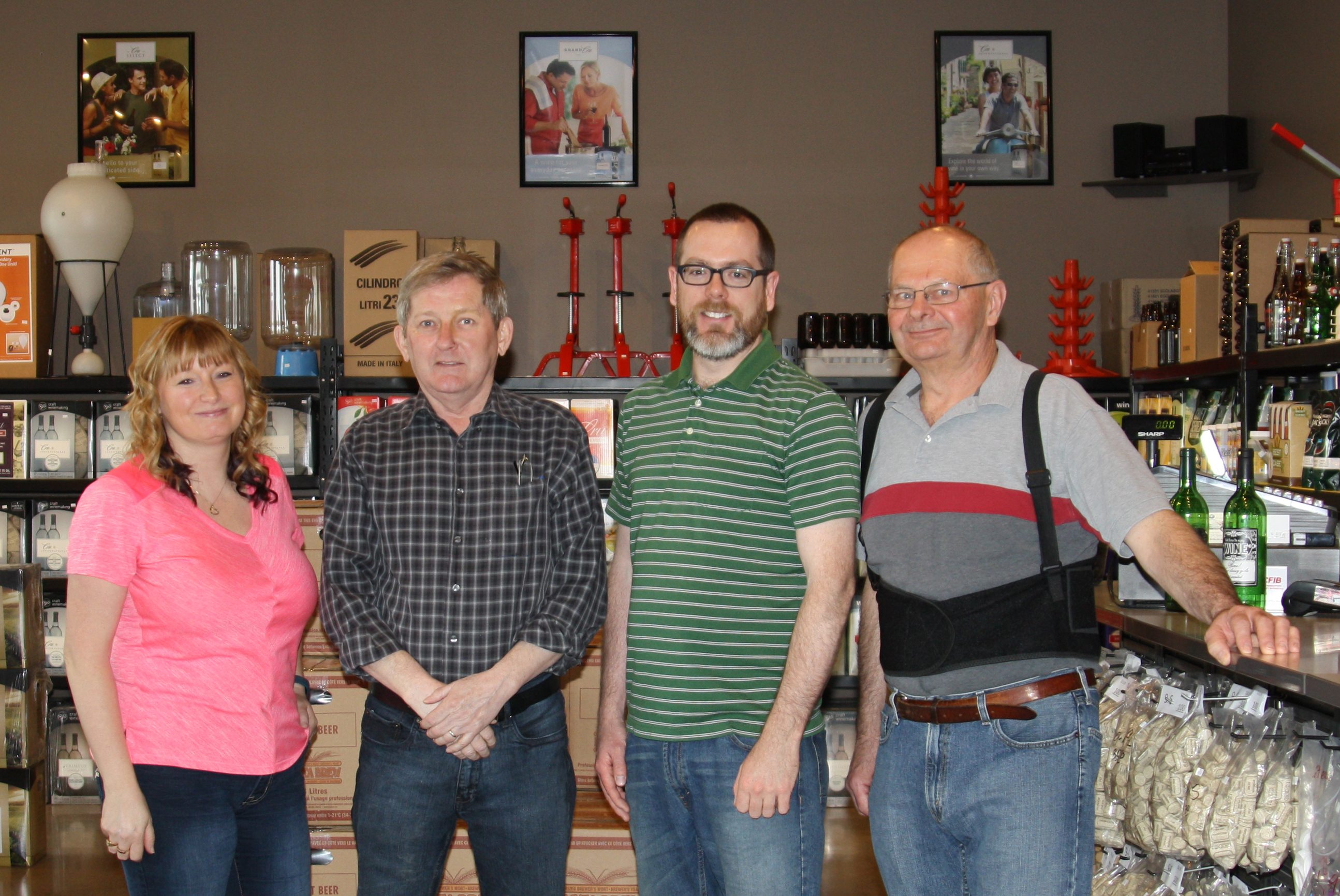 Water ‘N’ Wine opened in March of 1997 on Stewart St., New Glasgow and has since moved to Heritage Ave. in Stellarton. Charlie, the owner, had a big hand in legalizing the Ferment on Premises service here in Nova Scotia. He started the service in February 2007 and in October 2014, it became regulated. That same month, our store moved to a new building in Stellarton and we became a licensed Ferment on Premises site that December.