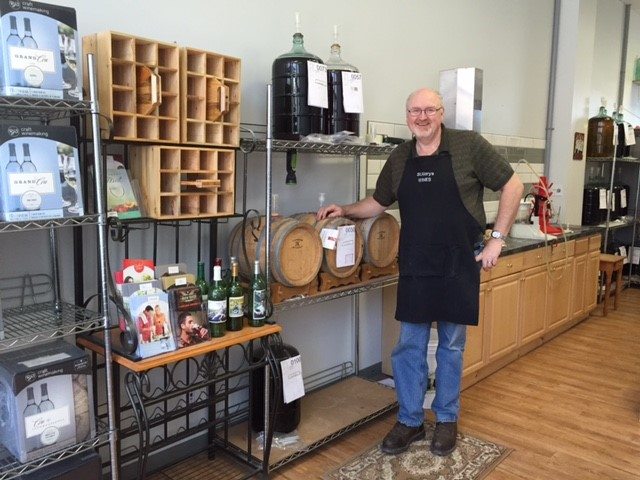 St. Mary Wines established in 1989, owned and operated by Randy Partridge since 2008 who has lived with his family in the St. Mary’s area for over 26 years.  St. Mary’s Wines has a long history serving craft winemakers in St. Mary’s, Strafford and surrounding Perth and Oxford counties.

Randy has been crafting wine since his late teens and has established and polished his winemaking skills over the years, producing award winning wines since 2008 (reds, whites, blush & sparkling wines) with the “Wine Maker International Amateur Wine Competition” which attracts over 3000 entries across North America . In recent competition 2015, Randy won five medals, including a Gold in the categories of “Sparkling Grape Dry/Semi-Dry/Sweet” and “Red French/American Hybrid Varietal”. Over all, Randy Partridge has won over 22 awards & medals since 2008 with most recent recognition from RJS Craft Winemaking Academy – A standard and recognition in up-holding best practices in the craft wine industry.

The most fulfillment Randy feels, is the daily satisfaction and pleasure that his consumers receive with his finished wines and beers which include a wide variety from reds and whites to blushes, fruit wines, ciders, and wine coolers – using juices from all over the world.

Crafted Beer, with 15-20 various varieties to choose from.  Call or stop in, Randy will be happy to find & craft your favorite wine or beer!