Summer Barbeques Pair Better with the Bold Flavours of Zinfandel

With summer upon us, wine lovers everywhere are stocking their fridges with warm weather sippers like Pinot Grigio and Pinot Noir Rosé.  Craft red wine lovers needn’t put away the winter reds for the season just yet.  Warm summer weather goes hand in hand with grilling and some of summer’s tastiest meals are 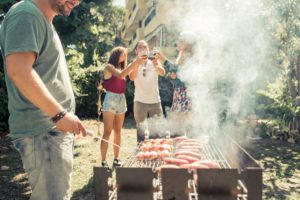 prepared on the barbeque.  The powerful flavours of grilled meats, especially smoke, coupled with the sweet, sour and spicy profiles of barbeque sauces, can make wine pairing a challenge.  If you attempt to pair barbequed meats with a subtle or restrained wine, the flavours will be overwhelmed by the meat. No need to grab a beer in despair, there is at least one craft wine that has the power to stand up to the intensity of almost any red meat cooked on the grill: California Zinfandel! 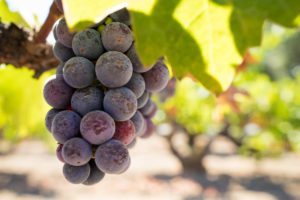 For over 100 years Zinfandel has been California’s signature grape, grown in vineyards across the state.  In fact, it is so abundant in California that for decades it was under appreciated by American wine drinkers who favoured classic French varieties like Merlot and Cabernet Sauvignon. Then, in the 1970s some enterprising winemakers realized that Zinfandel could make a refreshing wine when vinified as an off-dry or semi-sweet “blush”.  Flash forward a few decades and just as the “White Zinfandel” craze subsided, the demand for big, bold reds flourished, and American wine drinkers rediscovered Zinfandel as the powerful, full throttle red it is meant to be.

Around this time researchers also solved the mystery of the true origins of Zin. 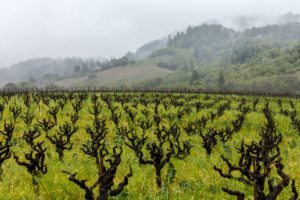 DNA technology revealed that Zinfandel is exactly the same as a rather obscure grape grown in southern Italy – called Primitivo.  But the discovery didn’t stop there! Further research uncovered the fact that Primitivo arrived in Italy centuries earlier from Croatia, its original home.

Considering its success in parts of California and Southern Italy, It is not surprising that Zinfandel vines grow best in dry, warm, but not too warm, climates.  In these conditions, Zinfandel can make full-bodied wines with ripe, red and black fruits including raspberries, cherries, strawberry jam and red plums along with pepper and spice.  While Zinfandel is lighter in colour and body than Cabernet Sauvignon or Merlot, its moderate levels of tannins and high acidity give it a bolder taste.

e equally bold flavours from the barbeque. Zinfandel is great with any type of barbecued food you can think of, from ribs, pork, hamburgers and hot dogs to spicy sausage, chicken, lamb and steak. And don’t be afraid to slather on a flavoured-packed sauce, because with Zinfandel, it has met its match.

Thick and sweet, this is the quintessential American style barbecue sauce.

Combine all the ingredients in a saucep 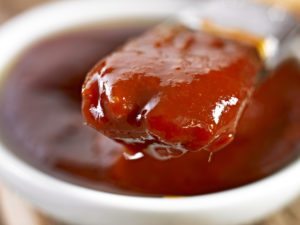 an over low heat. Stir until the sugar dissolves, and the sauce is well blended. Simmer, stirring frequently, for about 20 minutes or until sauce reaches desired consistency.

Use warm or cold. Sauce will keep in the refrigerator in an airtight container for up to two weeks.